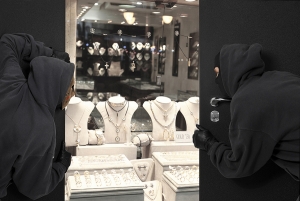 Home invasion robberies in affluent neighborhoods, assaults on pedestrians and store take-over robberies are a sign of a crime surge taking place in the Los Angeles area. Criminals are more bold and violent. Neighborhoods and retailers are hiring security guards to patrol their communities and properties to prevent these crimes from taking place, according to Access Patrol Services (APS), a security guard company serving California and Arizona.

“Criminals don’t care about their victims. Their focus is on stealing what they can. If a victim resists, they don’t hesitate to use force,” says Fahim Abid, APS security director. “They know there is a lucrative market for stolen, high-end goods on the internet–often through legitimate retail sites. They also know that if they happen to get caught, odds are good that they’ll be out on the streets without spending a day in jail. The incentive to make money by stealing from others with little downside is what drives unscrupulous individuals to carry out these illegal acts.”

APS is receiving an increase in calls from shaken residents and store owners. “Visible security guards patrolling neighborhoods or retail districts can discourage criminal activity,” says Abid. “Criminals are likely to move on to other neighborhoods or retailers that don’t have in-person security. As we’ve seen, security cameras do little to deter criminals. Crooks know they are on camera so they wear clothing that makes it hard to identify who they are.”

Abid expects retail crime and home invasion robberies to continue in places like Beverly Hills, Bel Air, the Hollywood Hills, Pacific Palisades, Newport Beach, Malibu and other high-end areas. “Until there are real consequences for criminal behavior and the supply chain for stolen goods is cut, these crimes will continue.”

For more information about home, neighborhood and retail security guard services in California and Arizona, call Access Patrol Services at 866-770-0004 or click on https://accesspatrolservice.com.